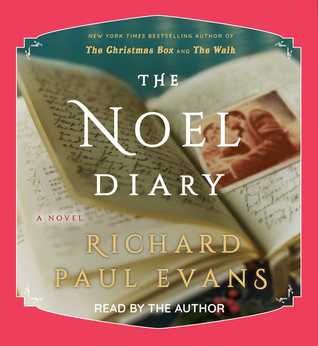 In this new holiday-themed novel from the #1 New York Times bestselling author of The Mistletoe Promise and The Walk, a man receives the best Christmas present he could ask for: the chance to re-write the past.

Bestselling romance author Jacob Churcher hasn’t been home for almost twenty years—not since his mentally ill mother kicked him out of the house when he was just sixteen. When a lawyer calls, days before Christmas, to inform him that his estranged mother has passed away and left her house to him, Jacob returns not just to settle the estate but to try and reconcile with the past and the pain and abuse he experienced as a child. Also, maybe cleaning out her house will be slightly less depressing than spending the holidays alone, watching re-runs of Christmas classics.

But as it turns out, the house holds more than just difficult memories, Jacob’s mother had become a hoarder and he must excavate through two decades worth of clutter. As Jacob digs through the detritus, like an archaeologist, he uncovers many puzzling items including a diary left by someone named Noel, a young woman he has no recollection of, who stayed with Jacob’s family during her pregnancy. That’s not the only echo from the past. Jacob has an unexpected visitor, Rachel, a woman looking for the mother who put her up for adoption thirty years before. United by their quest to make sense of the past and rewrite their futures, Jacob and Rachel begin a search for Noel. Along the way they find more than they possibly imagined, including grace, forgiveness and a chance at love.

Thoughts
I love Richard Paul Evans books and this is no exception. The author narrated and did a great job. I liked that he used his regular voice even for the females and just stated “Rachel (or whichever woman was talking) said”, etc. It was so much better than a male trying to speak in a female sounding voice, or vice versa. It rarely works well.

I enjoyed all the characters, even the ones who only showed up once or twice. Evans is a wonderful story teller! The book has an even flow and I never got bored or tired of listening to it.

This is book #1 in a three book series, of which #2 is also available now.