While it’s in the oven:
Put ketchup in a bowl
Add brown sugar
Mix

When the meatloaf is done:
Spread ketchup/brown sugar mix on top of meatloaf
Put back in oven for 15-20 min.

Thoughts
When I first saw this recipe I thought “Ruffles Cheddar and Sour Cream Potato Chips in meatloaf? Yuck!” I don’t like cheddar or sour cream chips and thought that it would taste terrible but I thought I’d give it a try.

The recipe was easy to make and not very time consuming. I was going to cut the recipe in half since there are only two of us but decided to not to and just freeze the leftovers, which will make two more meals.

I was very surprised that the meatloaf was so good! It’s one of the best I’ve ever had and I’m glad I didn’t cut the recipe in half. Now all I have to do is take a bag out of the freezer to thaw and then reheat it.  Will be making it again!

I love when I’m not sure about a recipe and it ends up being a favorite! Thoughts
This was really good. We don’t like cilantro so I didn’t add it. It was quick and easy to make and I only used one skillet, a spoon, a measuring cup and a measuring spoon. I bought chopped onions in the vegetable section (I recently started doing this because it saves time and I have chopped onions in my fridge for whenever I need them)

I will definitely make this again. Thoughts
You can rub your favorite bbq sauce on the tenderloin and then rub the spice mix on but I wanted to try the recipe with just the spices. I didn’t have any cayenne powder, so I used cayenne pepper.

My tenderloin was about 2 lbs. so I did it at 400° for about 40 minutes, checking every 5 min. or so after the first 30 min. until the temperature reached 165° and the skin got crispy.

The roast was very tender and we thought it tasted really good, but next time I’m going to marinated it overnight and see how it turns out.

In the photo it looks like the meat is burnt on the bottom, but that’s just where the juices/seasoning dropped on the foil in the bottom. Both of us liked this so I’ll be making it again. Place the frozen ground turkey in the Instant Pot and top with the remaining ingredients, reserving 1/3 cup of the corn and 1/3 cup of the black beans for garnish

Seal the lid, close the valve, and set the Manual/Pressure Cook button to 25 minutes

Use a quick pressure release. When the valve drops, carefully remove the lid and stir, breaking up the turkey

Before serving, garnish each portion with the reserved corn (thawed) and black beans

Did I Make Changes?
I didn’t have any Black beans so I used Kidney beans

Why?
It tasted VERY different than any chili we’ve ever had before. I love all the spices in the recipe but the flavor was way too strong for us. If I ever try it again I’ll use less of each spice and maybe add a bit of sugar, since I always add it to my personal chili recipe.

You may love this recipe so if it sounds good to you give it a try, and please let me know what you thought. 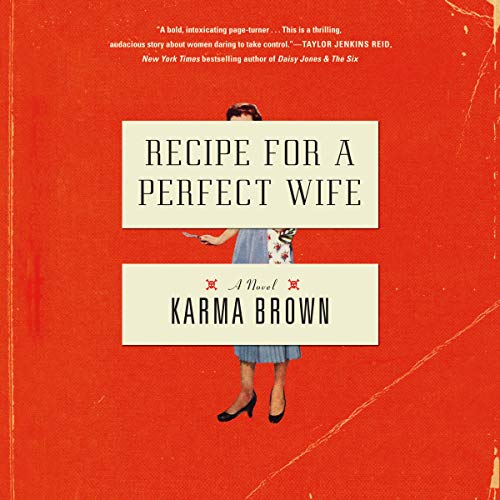 Add olive oil to the Instant Pot. Using the display panel select the SAUTE function.
When oil gets hot, brown the cut sausage on both sides. Transfer browned meat to a shallow dish and cover loosely with foil.
Add onion, carrots and celery to the pot and saute until onion is soft, 3-4 minutes.
Add broth to the pot and deglaze by using a wooden spoon to scrape the brown bits from the bottom of the pot.
Put the sausage back into the pot, add sorted and rinsed beans and stir to combine.
Turn the pot off by selecting CANCEL, then secure the lid, making sure the vent is closed.
Using the display panel select the MANUAL function*. Use the +/-keys and program the Instant Pot for 60 minutes.
When the time is up, let the pressure naturally release for 15 minutes, then quick-release the remaining pressure.
Serve hot, alongside fresh cornbread (optional).

My son doesn’t like his food very spicy so I thought using 1 tbsp of Cajun seasoning might be a little too much for him but decided to give it a try. When I asked him if he liked it he said it was a bit spicy but really good.

My favorite thing about making this recipe in the Instant Pot was that I didn’t have to boil the beans and let them sit for an hour or so. Just pick, rinse, and add to the IP. So easy! So good! Layer chicken, potatoes, green beans and then the mushrooms.
Pour liquid mixture over the top.
Cover and cook on low for 6 to 7 hours. Or on high for 3 1/2 to 4 hours.
Add salt and pepper to taste and serve.

Mix the broth and seasonings as in step #2 above. Pour over chicken mixture.
Make a note on your label (and maybe your calendar) that you’ll need the potatoes to make this recipe.
Lay flat, squeeze out as much air as possible, label and freeze for up to 6 weeks.

Thoughts:
I used boneless skinless chicken tenderloins, a small bag of Honey Gold Potatoes, and carrots instead of the mushrooms, and green beans. I didn’t add salt and pepper until my food was plated. I really liked the flavor, and the chicken was extremely tender.

I will make this again. Add the cut up chicken to a gallon zippered storage bag

Allow the chicken to marinate overnight in the refrigerator

Pour the ingredients into a 6 – 7 quart slow cooker

Cover and cook on LOW for 4 to 6 hours

Thoughts
This is so quick and easy to get ready for the fridge, and tastes really good. The only things I did different was that I used Costco Rotisserie Chicken Breast Meat instead of chicken breasts which made it much easier than cutting the chicken into cubes. I also used my 8 qt. slow cooker instead of a 6 – 7 qt.

I also didn’t  serve on buns, I ate a scoop of it on a plate and ate it with a baked potato.

It was very good but since the flavor wasn’t quite as bold as I like, when I make it again I’ll double the sauce ingredients. The recipe says it makes 6 servings but for us it was a lot more than that. The two of us ate it twice and there was still enough for another two meals. The next time I’ll put half in a separate baggie and put it in the freezer to make later, and I plan on using the Slow Cooker program on my Instant Pot. I found this recipe at The Blond Cook

So, I finally used my Instant Pot and I LOVE IT! So easy and quick. It only took 25 min. to cook once it came up to pressure.

Rinse and sort beans in a colander, removing and discarding any debris

Place the lid on and lock, steam release knob should be set on “sealing”

Allow the pressure to naturally release for 10 minutes, then quick release remaining pressure

I had baked a ham a few days before so I used the ham bone and cut up a bunch of ham to go in it.

The beans were SO GOOD! Next time I’ll double the recipe because we only got 3 big bowls from them and we like eating them more than one day.

It would be easy to store the leftovers in the inner pot that comes with the IP, and use an Instant Pot Silicone Lid. I love this lid, it’s thick and is a really tight fit.

Now I need to figure out what to make next!

Sorry I don’t have a photo to share. I took one but it was too dark and it was late and we were starving so I didn’t take any more. You can click the link below to check out some great photos

Heat oven to 350°F
Spray 13×9-inch (3-quart) baking dish with cooking spray
In large bowl, toss Doritos and melted butter until well coated
Sprinkle 4 cups of the Doritos evenly in bottom of casserole
Top with 1/2 cup of the cheese
In large bowl, stir pasta sauce and taco seasoning mix until well blended
Add chicken, tomatoes and 1/2 cup of the cheese; stir until well mixed
Spoon evenly over Doritos in baking dish.
Bake uncovered 30 minutes
Sprinkle with remaining Doritos and remaining 1 cup cheese
Bake about 5 minutes longer or until hot and cheese is melted

I used frozen pulled chicken and couldn’t find that brand of fire roasted tomatoes so I bought a different brand. Other than that I followed the recipe.

This was really quick and easy to make and we loved it! My son even got seconds, so that told me he really liked it. I’ll definitely make this again but I think I’ll make it with ground beef,  more taco seasoning,  and nacho cheese Doritos and see how we like it that way. Either way, I’m adding this recipe to my dinner rotation.