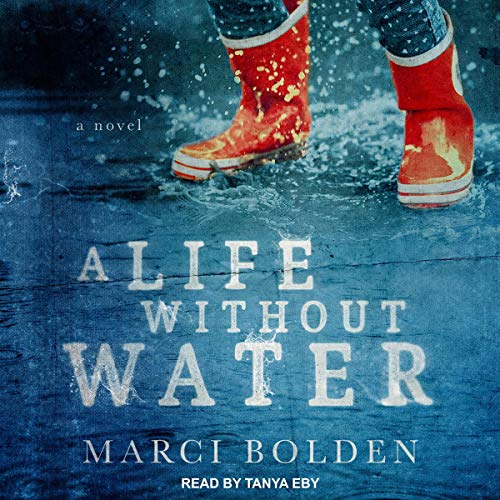 Carol Denman divorced her husband over 20 years ago and has never looked back. But on the day before their daughter’s 30th birthday, John barges back into Carol’s life with a request that threatens the fragile stability she has built.

John Bowman is sick. Very sick. While he still can, he has some amends to make and some promises to fulfill. But to do that, he not only needs his ex-wife’s agreement…he needs her.

With the past hovering between them like a ghost, Carol and John embark on a decades-overdue road trip. Together they plunge back into a life without water…but which may ultimately set them free.

Thoughts
Oh my goodness, this was so good but it was also very sad. I loved going with John and Carol on the journey to fulfill the promise they made concerning their daughter. If it had been me, I would have wanted each of us to do it on our own but since John was sick I would have done it with him like Carol did, no matter what my feelings about him were. I knew the reason why they made the promise but finding out the details of what happened took quite a way into the book.

The trip they took was very interesting, lots of stops in different states and even one stop that really surprised me. In the end Carol realized that not all the things that made her resent John were his fault, some of them were hers.

Even though this book is such a sad story, there are also some uplifting moments and even a few that are funny.

The narrator did a good job and made this a very easy book to listen to.

This is the first book by this author that I’ve read but I’m patiently waiting for the audio of book #2 in this series, A Life Without Flowers which is expected to be released on September 29th of this year.

21 Responses to “A Life Without Water by Marci Bolden”