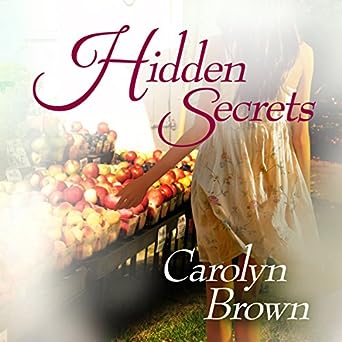 Kim Brewster’s ill-fated marriage was annulled so quickly that she thought she could keep the whole thing a secret…until she found out she was pregnant. But before her confession can blow a hole in the seemingly perfect lives of the Brewster women, her great-grandmother, Hannah, drops a bomb of her own. She’s selling her hotel and moving to a farm in Oklahoma—and all the Brewsters are coming with her. Kim is sure her grandmother, Karen, and mother, Sue, won’t go along with the plan, but Hannah can be very convincing. Soon the women are working the farm, selling their wares from a roadside stand, and finally feeling like a family.

And as the Brewster women’s lives take shape in ways they never expected, Kim may have found another shot at love. Luke thought he’d washed his hands of women, but when he stops by the vegetable stand and meets Kim, he’s instantly smitten. To find love, though, they’ll both have to dig past their hidden secrets.

Thoughts
I love books about family, especially if it’s about the females in a family. This book had a great grandmother, grandmother, mother, daughter.

The relationships of these women were good but grew as the book progressed. By the end their bond was as close as it could be and was unbreakable.

The story-line moved along at a good pace and there were a lot of surprises. The narration was very good, especially considering how many female voices there were.

This is a story about the bond women have through thick and thin, and how you can reach the happiness you desire no matter your age.