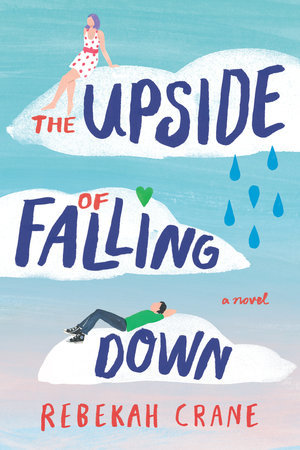 For Clementine Haas, finding herself is more than a nice idea. Ever since she woke up in an Irish hospital with complete amnesia, self-discovery has become her mission.

With the relentless Irish press bearing down on her, and a father she may not even recognize on his way from America to take her home, Clementine assumes a new identity and enlists a blue-eyed Irish stranger, Kieran O’Connell, to help her escape her forgotten life…and start a new one.

Hiding out in the sleepy town of Waterville, Ireland, Clementine discovers there’s an upside to a life that’s fallen apart. But as her lies grow, so does her affection for Kieran, and the truth about her identity becomes harder and harder to reveal, forcing Clementine to decide: Can she leave her past behind for a new love she’ll never forget?

Thoughts
I saw this book and thought it sounded really good, and the fact that it takes place in Ireland was a huge bonus!

This book starts out good and gets better with every chapter. I loved Clementine, or Jane as she was known in her new life, and couldn’t imagine what it would be like to be in a foreign country and know nothing about who you were other than the facts that the hospital staff/news said, and the realization that you were the only survivor of a plane crash that your boyfriend had been on too.

I don’t know what I’d do in her situation, but I enjoyed reading about her journey, the friends she made and the way she handled things. Her new life was interesting and I loved all the characters. Well, I grew to love  Kieran’s sister, but her character was so quirky that I liked her from the beginning,  even if I didn’t like the way she treated Jane.

There were a few surprises that I figured out before the author lets you in on them, but it didn’t detract from the story one bit.  I loved the references to Ireland and the ending was really great.