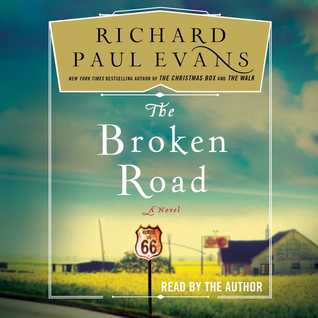 Chicago celebrity, Charles James can’t shake the nightmare that wakes him each night. He sees himself walking down a long, broken highway the sides of which are lit in flames. Where is he going? Why is he walking? What is the wailing he hears around him?

By day, he wonders why he’s so haunted and unhappy when he has all he ever wanted-fame, fans and fortune and the lavish lifestyle it affords him. Coming from a childhood of poverty and pain, this is what he’s dreamed of. But now, at the pinnacle of his career, he’s started to wonder if he’s wanted the wrong things. His wealth has come legally, but questionably, from the power of his personality, seducing people out of their hard-earned money. When he learns that one of his customers has committed suicide because of financial ruin, Charles is shaken. The cracks in his façade start to break down spurring him to question everything: his choices, his relationships, his future and the type of man he’s become.

Then a twist of fate changes everything. Charles is granted something very remarkable: a second chance. The question is: What will he do with it?

The Broken Road is the first book in a much-anticipated new trilogy by beloved storyteller Richard Paul Evans. It is an engrossing, contemplative story of redemption and grace and the power of second chances. It is an epic journey you won’t soon forget.

Thoughts
In this book we learn about Charles’s childhood and teen years, and how that leads him to become the celebrity he was. Due to an unforeseen circumstance, Charles decides to ditch his life and start walking Route 66 and see where the walk leads him.

I loved this book! Every chapter, every new subject, was so interesting I didn’t want to stop listening. It was so good I tried listening to it in bed before falling asleep. There were a few nights I fell asleep before turning it off. Then the next morning I’d have to backtrack until I found a place that I remembered listening too.

Charles doesn’t seem very nice at first, but the more you read, the more likable he seems and I grew to care for him. He still had his moments, but I still liked him.

I love they way Evans writes. Every book makes you feel “in” the story. If you haven’t read a book by him, I wish you would. His books have adventure, highs and lows of life, and have a way of drawing you in so that you want more and then more.

The book is narrated by the author, and he did a great job! His voice is very easy to listen to and I’m so glad I decided to listen to the audiobook instead of reading the print book.

The characters in this book had their own story to tell, and I enjoyed all of them. I can tell I’m going to love this series and can’t wait for book 2 to come out.