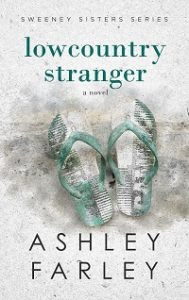 There’s a stranger in town. And it’s no coincidence when she shows up uninvited at a Sweeney family wedding. All eyes are drawn to this urchin who seems to have washed in with the tide. Before the night is over, the doe-eyed waif charms young and old with her street smarts and spunky personality. For better or worse, Annie Dawn is here to stay.

The memorable Sweeney sisters from Her Sister’s Shoes have returned with more suspense and family drama to hold you spellbound until the dramatic conclusion. As she approaches the next stage of her life as an empty nester, Jackie is torn between expanding her fledgling design business and spending these last precious months with her boys before they fly the coop. Her own worst enemy, Sam is terrified of making a commitment to Eli Marshall, handsome police officer, true love of her life. Her resolve is tested when a ghost from her past shows up after nearly two decades. Faith nurtures her seven-year- old daughter who is recovering from the trauma of her abusive father. Is the threat in the past, or is there more danger on the horizon? The sisters seek guidance from their mother, Lovie, a true Southern matriarch who shows them how to respond to adversity with grace and dignity.

Things are heating up in the Lowcountry. The Sweeney sisters remind us, once again, that being a part of a family is about more than sharing the same DNA.

Thoughts
I love books about friends and/or families, and this book was a wonderful read. Jackie, Sam, Faith and Lovie were great characters as were all the characters in the book. There’s a lot of different aspects to this book and it keeps your interest until the end.

This is the 2nd book in the series, and I think you should read the first book first. This is a short book, but it’s packed full of family drama and will still be with you long after you read the last sentence. 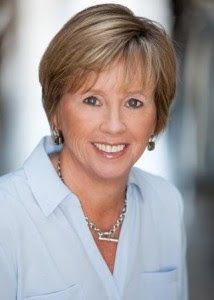 Ashley Farley writes books about women for women. Her characters are mothers, daughters, sisters, and wives facing real-life issues. Her goal is to keep you turning the pages until the wee hours of the morning. If her story stays with you long after you’ve read the last word, then she’s done her job.

After her brother died in 1999 of an accidental overdose, she turned to writing as a way of releasing her pent-up emotions. She wrote SAVING BEN in honor of Neal, the boy she worshipped, the man she could not save.

Ashley is a wife and mother of two college-aged children. She grew up in the salty marshes of South Carolina, but now lives in Richmond, Virginia, a city she loves for its history and traditions.