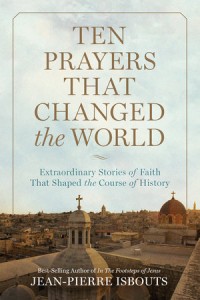 About Ten Prayers That Changed the World

From time immemorial, prayer has provided comfort in our darkest hours, stirred us to action beyond what we thought possible, and shown us the way through seemingly insurmountable challenges. In this engaging tour of world history, author and historian Jean-Pierre Isbouts takes us on an inspiring tour of ten prayers that played a pivotal role in world events—from the divine inspiration of Joan of Arc to Martin Luther’s powerful hymn, “A Mighty Fortress is our God”; from Abraham’s poignant plea to save his son; from George Washington’s prayerful words to the newly formed American states to the horrors of Auschwitz; from Constantine the Great’s prayer before battle to Gandhi’s deeply moving “prayer of peace.” Ten Prayers That Changed the World delves into the moments in history where faith and prayer intersected with the course of mankind. 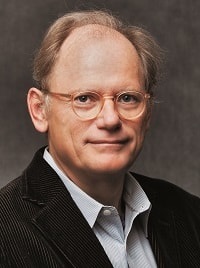 Jean-Pierre Isbouts is a bestselling author, historian, and award-winning director of documentary and feature films. A humanities scholar and professor at Fielding Graduate University of Santa Barbara, California, he has published widely on subjects in art, history and archaeology, and directed films for Disney, ABC, Hallmark, History Channel and other studios and networks. He has also produced a broad repertoire of classical music with ensembles in New York, Los Angeles and Amsterdam.

Thoughts
This is a book everyone could and should read, no matter if they are religious or not. It includes the following prayers, and then tells the story:

It also includes a note by the author, Epilogue, Acknowledgments, Notes, Further Reading, Illustrations Credits and an Index.

The author says he has dramatized the stories a bit, but he has kept them true to documented historical sources.

This book is very interesting and I learned a lot from it. I’ll keep the book within easy reach so that I can pick it up from time to time and read random chapters.