Little Did I Know by Mitchell Maxwell

About The Book:
Here is the story of an unforgettable summer. Set in Plymouth, MA in the late seventies, Little Did I Know is the tale of a young man with an outsized dream – to refurbish a dilapidated but historic theater and produce a season’s worth of vibrant musicals. A recent college graduate, he fills his cast and crew with people he has come to love and trust in his university life, and with others whose talents and personalities prove undeniable. Yet, while the productions drive his ambitions, a local woman drives his passions, and their romance is fateful, star-crossed, and ultimately more than either of them expected. Told with with, compassion, and the kind of insider’s access to the theater that only someone like Mitchell Maxwell can provide, Little Did I Know is a novel about coming of age in the spotlight and embracing one’s entire future in a single season.

My Thoughts:
This book transports you to another time. 1976. A time when things were less hectic. People were more laid back.It’s the story about a young man who knows what he wants to do with his life (direct musicals) and will do just about anything to make it happen. And happen it does.

I’ve never really thought about what all goes into making a broadway show a success, but this book lets you know it is HARD work for everyone involved. But it’s also a lot of fun and the cast and crew become a family.

My one complaint is that the author felt the need to describe the “Dolly’s” of just about every woman in the book. Many times. Since probably 99.9% of his readers are women, I don’t know why he felt the need to do this. It’s not something I care about. In fact, I cared less about the book because of it. For that reason I give the book 3 ★’s. Without it, I would have given it at least 4 ★’s, maybe even 5. 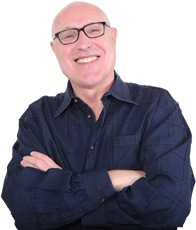 About the Author:
Mitchell Maxwell is an accomplished producer, director and 35-year veteran of the entertainment industry, known for his ability to spot the next theatrical innovation. He is the visionary producer behind the percussive theatricality of Stomp!, the rollicking Broadway revival of Damn Yankees featuring the legendary Jerry Lewis – which was nominated for multiple Tony Awards including Best Revival of a Musical – and the Pulitzer Prize-winning drama Dinner with Friends.

Maxwell’s productions have been honored with nominations for ten Tony Awards, six Olivier Awards, 15 Outer Critics Circle Awards, nine Drama Desk Awards and three Obie Awards and have won in each category. In addition to Damn Yankees, Dinner with Friends, and Stomp! (currently celebrating its 16th smash year) he has produced the Broadway musicals Play On!, Bells are Ringing (also Tony-nominated for Best Revival of a Musical) and Brooklyn. He directed the critically acclaimed Angry Housewives on London’s West end and later off-Broadway, and produced the motion pictures and off-Broadway performances of Jeffrey and Key Exchange. Off-Broadway he produced Harvey Fierstein’s Torch Song Trilogy, and David Mamet’s Oleanna and Once Around the Sun – in total seven Broadway shows, more than 30 off-Broadway and regional productions, four national tours, three West End productions and six major motion pictures.

He has directed in New York, London and regionally, built five entertainment companies, and has owned and operated three off-Broadway theaters. Maxwell attended Tufts University, where he later served as an adjunct professor, and has been a guest lecturer at Columbia and New York universities.

4 Responses to “Little Did I Know by Mitchell Maxwell”