Madeleine Nesbitt lives a privileged, sheltered life on a pristine tropical island paradise until the young girl is hauled off the deck of a capsizing ferry. Sixty-two passengers drown, trapped under the hull. Madeleine survives but her innocence dies that day. Despite the odds, she’s resilient enough to put her life together.  However, nine years later she realizes too late that catastrophe is only the beginning of the dangers that lurk ahead when another maritime disaster hits closer to home. Someone wants to make sure the Nesbitt family never makes it out of paradise alive.
One peaceful night in a moonlit Bahamian cove, her parents are violently murdered on their boat, shattering the only security Madeleine’s ever known. Now that she’s uncovered a global link to her parent’s death and a terrorist conspiracy, she’s suddenly thrust into a world of international intrigue. Will a psychopath determine her fate or will she find justice before the killers return for the next of kin?


Where do I begin? Well, first of all, there are so many characters that at first it’s hard to keep them straight. As I read, all but a few fell into place in my mind.

The book is full of action. Really full of action, and that made it so interesting I couldn’t put it down. It’s one of those on the edge of your seat books. It was seriously one thing after another and the bad guys are large and in charge…all the way to the end. Then, for me, the book ended to quickly. I was a little let down by not having a clearer, clean cut ending.

Overall, I’d give this book a 4 out of 5, because even though the ending wasn’t what I’d have liked, the book was very intense from the very first page. The characters were all well written, especially Rico. What a piece of work he was!! My favorite though would have to be Lane (Madeleine). She was a strong young woman when the book begins and by the end is a force to be reckoned with.

I look forward to reading more from this author! 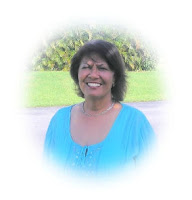 Can you imagine a thriller author married to a CSI star? Leona Bodie currently lives on the Treasure Coast of Florida with her husband Walter, a Miami-Dade Police Department forensic specialist for 21 years, who actually appeared in the pilot episode of the long-running TV series, CSI. She and he often collaborates. Originally from NJ, Leona’s career took her from high school English teacher to a biotechnology corporate executive and president of the Greater Miami Society of Human Resource Management before she shifted to writing books. Leona’s the author of COCOONED IN DARKNESS, the upcoming book FEAR THE WHISPERS, and her debut thriller SHADOW CAY, is the recipient of 4 literary awards. For more details about Leona Bodie and her books, please visit: www.leonabodie.com